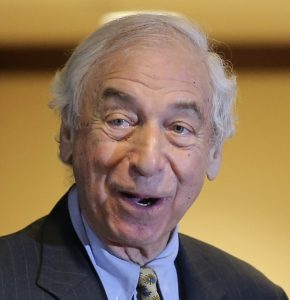 Photo on Voyager record, now in or beyond the outer solar system, as listed on the Voyager website

Jay Pasachoff is Field Memorial Professor of Astronomy at Williams College, Chair of the Astronomy Department, Director of its Hopkins Observatory, and Chair of the International Astronomical Union’s Working Group on Solar Eclipses.  He is a veteran of 75 solar eclipses, including 36 total solar eclipses.
He saw his first solar eclipse as a 16-year-old first-year Harvard student as a member of a Freshman Seminar, no doubt admitted to Harvard from the Bronx High School of Science in large part because of his making a telescope (including grinding and polishing its mirror) under the supervision of the Optical Division of the Amateur Astronomers Association (New York) in the basement of the Hayden Planetarium, and participating in Moonwatch observing.  His Ph.D. at Harvard was for studies of the solar chromosphere, and his first postdoctoral appointment was as Menzel Research Fellow at the Harvard College Observatory to work on the 1970 total solar eclipse.  He was then a postdoctoral fellow for two years at Caltech, with appointments at the Hale Observatories (Mt. Wilson and Palomar) and the Big Bear Solar Observatory.  He went to Williams College in 1972 and has just completed his 50th year of teaching there.
He is author and co-author of a major survey textbook in astronomy, most recently co-author (with Alex Filippenko) of the fifth edition of The Cosmos: Astronomy in the New Millennium.  He is author of the fourth edition of the Peterson Field Guide to the Stars and Planets and co-author of the new Peterson Field Guide to Weather.  His work on the overlap of astronomy and art history has led to his being co-author (with Roberta J. M. Olson) of Cosmos: The Art and Science of the Universe.
He received the 2003 Education Prize of the American Astronomical Society, the 2012 Prix-Jules-Janssen of the Société Astronomique de France, the 2017 Richtmyer Memorial Lecture Award, American Association of Physics Teachers, and the 2019 Klumpke-Roberts Award from the Astronomical Society of the Pacific.  Asteroid (5100) Pasachoff is named after him.  https://aas.org/grants-and-prizes/education-prize
He was President  of the Williams College Sigma Xi Club nearly 50 years ago, and for the last 25 years has been President of the Williams College Sigma Xi Chapter.  He was a Sigma Xi Distinguished Lecturer during 1994-96.  He was made a Fellow of Sigma Xi in 2022.

Covid-19 is an ongoing concern in our region, including on campus. Safety measures are in place, and campus community members and guests are additionally advised to take personal precautions. See the college's Covid-19 website for information about campus policies. For the latest research and recommendations from the CDC, visit cdc.gov/coronavirus.